If a page gets traffic, it must be optimized!

As Online Marketers and Business Owners work to generate more leads, increase the conversion rate of their sites, and ultimately drive more sales for their companies, it's imperative that they take a step back to look at their sites and realize that any page traffic lands on is a landing page.

And as such, they must be optimized.

In this conversation, Kim Albee of Genoo and Tim Ash author of Landing Page Optimization - The Definitive Guide to Testing and Tuning for Conversion, discuss how even SMB marketers and business owners working within budgetary constraints can dramatically improve the conversion rates on their sites by applying simple and effective principles across their pages. 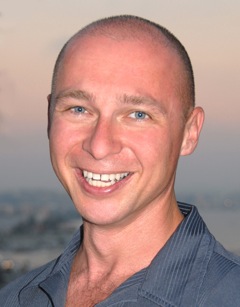 Tim is a highly-regarded presenter and keynote speaker at SES, eMetrics, PPC Summit, Affiliate Summit, PubCon, SMX, OMS, AffCon, LeadsCon, Internet Retailer, and eComXpo. He is the founder and chairperson of ConversionConference.com the first international conference series focused on improving online conversions. Tim is a contributing columnist to several publications including ClickZ, Website Magazine, DM News, Visibility Magazine, and Electronic Retailer Online Strategies magazine. He is the host of the weekly Landing Page Optimization show and podcast on WebmasterRadio.fm.

Tim received his B.S. from UC San Diego "with highest distinction". He also completed his M.S. during his PhD. studies in computer science at UCSD, specializing in Neural Networks and Artificial Intelligence. He is the author of the bestselling book Landing Page Optimization: The Definitive Guide to Testing and Tuning for Conversions (John Wiley & Sons Press, 2008) LandingPageOptimizationBook.com, which has been translated into six languages.

About the Author: Kim Albee
Kim is the President of Genoo. She works with small and midsized businesses to supercharge their online marketing and train their marketing teams. Genoo's software makes implementation easy.
Google+
Comments
Categories

Thanks for your interest in our blog!

Please complete the fields below to subscribe to updates: